Today is an article featuring Anna Siklosis, creator of Women Going With Men (WGWM), that was originally made on Facebook. With permission I made it as an article on my new site (with a few minor changes).

As a rebuttal to the journal blog story titled, “Dear Men – These 8 Statements Are Offensive, Whether You Mean Them Or Not,” written by Samantha Blake, I’ve asked the help of several men in addressing the question women never ask: What about the men?

Below you will find this blog rewritten from a man’s point of view.

Yes, all of us — men and women — have our individual challenges; life is tough for everyone.

Unfortunately, women still get the spotlight as victims even for wrongs all humans experience. While women claim to deal with unwanted attention on a never-ending basis, men deal with the never-ending potential of being falsely accused. On top of this if/when accused, men — and ONLY men — are considered guilty unless proven innocent (and remain guilty even when proven innocent).

Yeah, yeah, I know: this is where you tell us “Not all women are like that!” Please let me reassure you… yes, all of you are like that. If you’re getting defensive, it’s for good reason.

With little room for contradiction ALL of you at one time or other–for some, even quite often–have been both (or currently are) sexist and patronizing towards men. Women don’t realize the issues men face everyday: from performance expectations to having to deal with the constant whining, complaining, and accusations from women.

As a result of the original article, I took a poll of men who provided me with:

8 Things Women Do That Offend Men

1. The most common answer I received was not being appreciated.

Regardless of how you feel or judge your own work efforts, men worked very long and hard hours to provide for families, improve the world, and build empires.

Women seem to willingly forget that and dismiss their hard work because they would rather focus on themselves. Women like to claim they are making it in a man’s world.

Why is it a man’s world?

Because men built it. Some have even died in the effort. Women are quick to point out the historical wrongs women have suffered; few recognize the historical sacrifices men have made for our (women’s) benefit.

2. Dressing and acting provocatively, then feeling or acting offended when men notice.

Correction… you are offended when the “less attractive” men notice. Attention from suave, attractive, and/or wealthy men is always acceptable. If you deny this statement, you’re lying. Maybe just to yourself, but you’re lying.

Women have won the right to empowerment and sexual freedom, yet act like victims when an unworthy man makes notice of their daringness to put their sexuality on display. That their actions and compliments are making you a sex object with no agency, yet if the right guy comes along and does the same exact thing, you melt like butter in a blast furnace.

You want to wear that thin material dress that shows off every subtle curve of your body and is evident that you’re not wearing any undergarments, you’re free to do so. Just be prepared that guys will comment on it, most of which will be positive. If you cannot handle comments, even sexually charged remarks, then don’t go dressed like that.

3. Having no accountability for your own actions. At all. 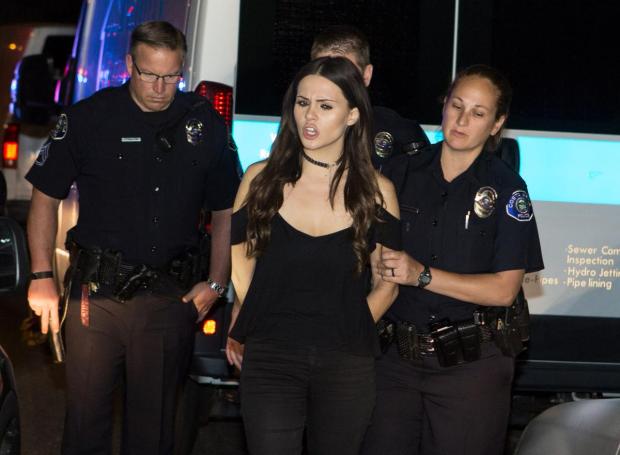 Everything is man’s fault. From the problems and failures you may face on a personal or career level, to justifying your more horrific acts of violence. It’s always a man’s fault.

Women claim they want agency for themselves and to have the ability to do what they most desire to do. However, when something doesn’t go their way or results in making them look bad, they immediately use men as a scapegoat. You can’t have agency without the responsibility of your actions. Another way to state this, is that if you don’t want to take responsibility for your actions, then you cannot have agency.

Earn some self-respect and acknowledge your own issues. It will benefit you in helping to resolve them. You have no problem owning your success. Own your failures, too.

4. Assuming you are the sole experts on trauma, pain, and violence.

You treat men who have suffered as though they were lesser beings. “Whiney dudes need to MAN UP and deal with it!” while your trauma and pain is splashed all over every media and newsfeed there is, accompanied by your tears and, the real shocker… blame towards men.

What’s most ironic about all of this is how women claim they want a sensitive man not afraid to show their emotions, and as soon as a man does share his emotions he is immediately demonize for doing just that.

Guess what? Men feel, hurt, bleed, and need love and sympathy… just like we do. Denying men the right to have pain and telling them to man up does a lot of harm to men. Ever wonder why men commit suicide at a higher rate than women? There are a lot of factors as to why, but one of the main reasons is feeling they’re unable to share their feelings. I wonder why they feel that way?

5. Emasculating men as either a joke or an act of hate. 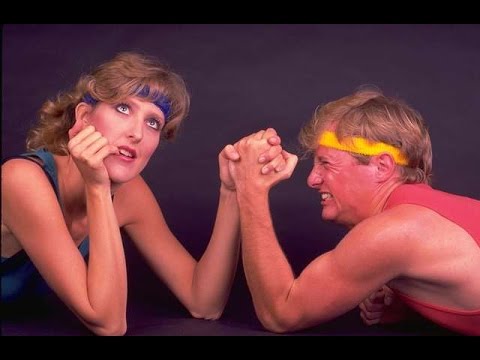 From the memes you share on social media, to the T-shirts, to condescending tone of voice you use to speak to men…

You think it makes you look strong and impressive. A real ball breaker. You don’t need a man, but a man needs you. If he can’t handle you at your worst, he doesn’t deserve you at your best. Only weak men fear strong women. Those who can’t handle a strong woman call her a bitch, etc, etc, etc.

In truth, you are a bitch. You are a cunt. And yes, I use the worst words for women there are because in truth, you are the worst representations of women, so it is only fitting. Somehow you take what would otherwise be vices and turn them into virtues. The wonder why men avoid you. If you feel insulted by the words I used in this paragraph, imagine how men feel when you say such negative things to them.

Women are supposed to be more emotionally intelligent than men, how about you start using that intelligence and have some empathy? 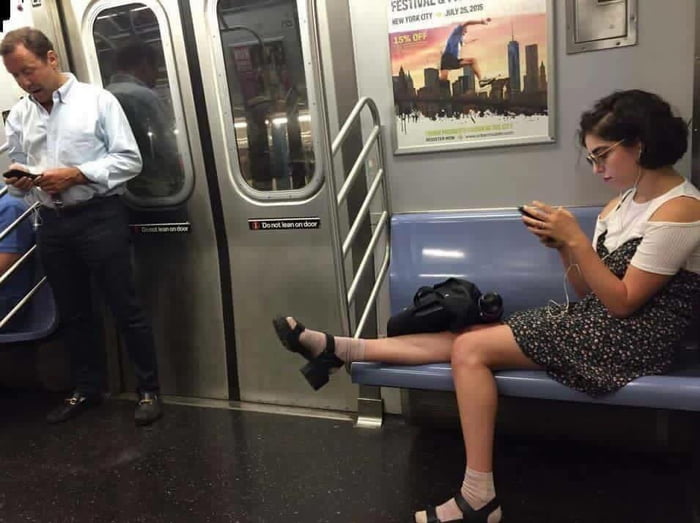 Of course you’ve heard about manspreading. Taylor Swift in her video about men spread her legs wide in her male costume to show how men exert their privilege in public by letting their balls hang out for the world and making less room for women around them, as true representatives of the patriarchy.

While there is a physiological need for men to spread their legs when they sit down, they are shamed for it by women who don’t share the same biology. And no, it’s not that they have a penis, or think their balls are huge, it’s because they have narrow hips. Hips, you know, the thing you like to shake in public to let men know you have a hot ass and are fuckworthy, and is why you’re able to carry a child to term?

But what is your excuse? What do I mean by that? Women are known to put their purse on a seat or their legs up in public transit. Some do this so a man doesn’t sit next to them, while others do this out of ignorance that their actions are bad, that they are more important than everyone else.

7. Accusing men of the inability to commit. 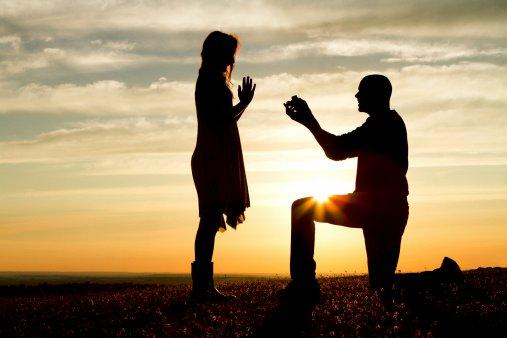 From the moment a girl reads her first fairytale to when she dates a man long term, she dreams of one day getting married and planning her dream wedding where all attention is focused on her. Funny how wedding is all about the bride and not about two people coming together. Funny how his action of commitment leads to what is her greatest day ever, and even more funny that she doesn’t have a plan beyond that.

In all honesty, it seems that commitment is what women call their opportunity to have it all, from the secure lifestyle that it brings to the envy of friends and family. For a long time, men have just accepted this as a way of life and there was nothing they could do about it. And Once Upon a Time, till death do us part meant that couples would do everything they could to make a marriage work.

Now, men don’t want to get married. Fewer men are getting into relationships and having sex. We are seeing groups such as Incel’s and MGTOW becoming bigger. And the response in women’s circles is to shame men for not wanting to make women happy.

Why should they enter into a system in which 80% of divorces initiated are by women and the court system will be entirely unfair to men? Very recently, a man was ordered to pay $50,000/month to a woman he dated for a number of years even though they weren’t married or living together. Just for dating.

Men who grew up in homes of divorce saw first hand that marriage was like women buying a lottery ticket, and after 10,20,30 years of marriage, they could cash in and get more money than they know what to do with.

But even beyond all of that, if a man doesn’t want to commit to you, have you ever gone into the bathroom, remove your make up and honestly looked into the mirror? You might find the reason why.

You’re not wanting equality; you’re expecting dominance. Your way or the highway. But Feminism has told women that dominance is somehow “equality”.

As a result, you see compromises as either an act of charitable kindness towards your man (at best) or as a sign his oppressing you. Yet, you expect him to kindly go along with your control over the relationship, to do as you please without question, even against his best interest.

Whether you intend it or not, statements and actions like these are demeaning to not only men, but to humans as a whole. Treating anyone in the way in which women have deemed fair treatment towards men, speaks a lot about a woman’s character.

If your idea of a relationship is as I mentioned, then you’re not in a relationship, you’re in a selfish dynamic where a man is your slave. If that’s what you want and you find a man to put up with your bullshit, there you go. However, if you truly want an equal partnership, then stop trying to control every aspect of it and let your partner feel like he has a voice to contribute.

The next time you feel the need to publish blogs and articles, imposing your opinion and unsolicited advice on men, remind yourself of this: they will almost always reciprocate with the same consideration and concern as you have shown them.